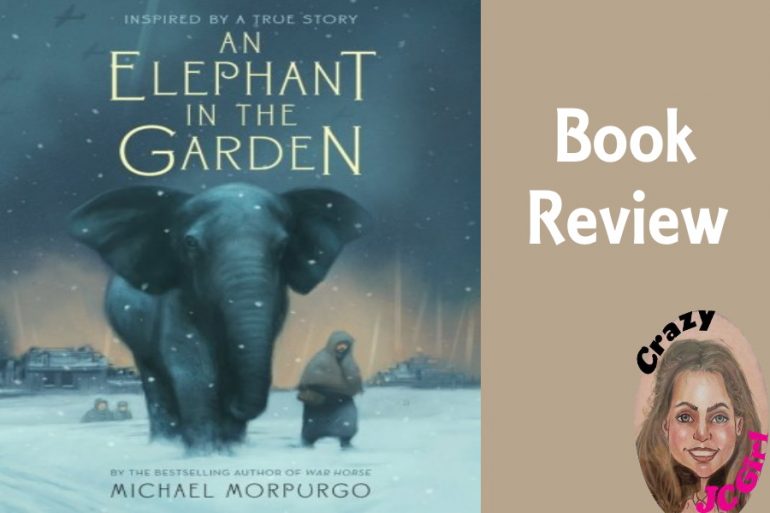 As someone who loves stories about World War II, I think the best-selling book An Elephant in the Garden by Michael Morpurgo is an excellent example of helping others with what little you may have.

Lizzie, a German who survived the chaos of the Second World War, tells of her family’s struggle to smuggle an elephant out and away from the bombing of Dresden (February 13, 1945). Large, intimidating creatures from zoos throughout Europe were killed during WW2, since these animals might escape, trample or attack the surrounding public.

“The bombing of Dresden looms ahead and Lizzie’s mother, a zookeeper, persuades the zoo director to allow Marlene, a young elephant that has bonded with Lizzie and her younger brother, Karl, to be kept safe in their garden.”

“Their home is destroyed when bombs are dropped, so the family and Marlene have no choice but to flee with thousands of others in the dead of winter. Though how can they walk the same route and keep themselves safe from approaching Russian soldiers…with an elephant in tow?” – From the back cover

Keeping their true plans for the elephant, named after the famous singer Marlene Dietrich, hidden from curious onlookers proves to be quite difficult.

Along their seemingly endless journey, this family meets up with several notable characters who add to the excitement, suspense, and even a budding romance to the story line; all told by a reminiscing Lizzie, who now lives in a nursing home.

The book is classified as Historical Fiction since the events in this story did not actually occur. The author, Michael Morpurgo, full admits in the ending “Author’s Note,” that his inspiration for this story actually came from several different historical events that he wove together to create his own story set in Germany during the war.

I enjoyed this story completely, and highly recommend this book. This book is suitable for 10-years-old and up.