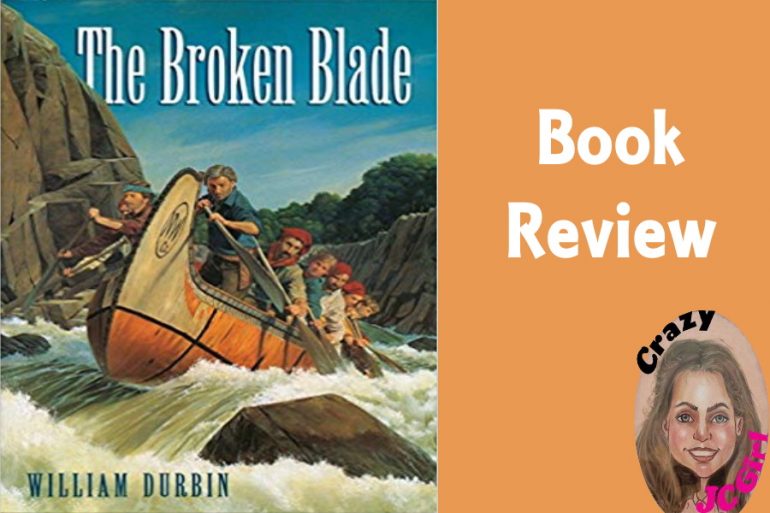 Set in 1800, The Broken Blade by William Durbin portrays the story of 13-year-old Pierre La Page who became a voyageur for the North West Company, a fur-trading business with headquarters in Montreal.

As a kid who grew up with his father frequently away on trading trips, Pierre knew that being a voyageur, or a trading-canoe paddler, was only suited for grown men. But when his father is injured, Pierre then quits school to take his father’s place to earn money so that his family can make it through winter.

Teasing from the older, more experienced paddlers, along with the craggy rocks and rapids prove being a voyageur is not for the weak-of-heart.

“It is the spring of 1800. Thirteen-year-old Pierre La Page never though he’d be leaving Montreal to paddle twenty-four hundred miles. This is something older men, like his father, do. But when Pierre’s father has an accident, Pierre quits school and enlists as a voyageur for the North West Company. Without his wages from the fur company, how would his family survive the winter?

“As the youngest member of the brigade, it’s not easy for Pierre. Treacherous waters, aching and bloodied hands, and the relentless teasing from the seasoned voyageurs make him miserable. But Pierre knows there’s no turning back. He has no choice but to endure the trip to Grand Portage and home again.

“History springs to life in this rugged coming-of-age story, full of colorful characters and fascinating details of the adventurous lives of the French Canadian voyageurs.” – From inside front cover.

This book is suited for a 4th grader & up. The Broken Blade is proof that no matter how hard things seem at times, they will always get better – just not in ways you expect.

We used this book as a Read Aloud, while studying early explorers of the 1800s. I really enjoyed this book. I would say it is slightly geared more towards boys due to the male leading character (seems like most homeschool books have a female lead). One reason I probably enjoyed this book is because in my long ago younger days I did a lot of paddling & also did quit a bit of whitewater rafting. I can easily hear (& picture) these characters razing each other and pulling pranks on the young newbie – it’s simply a rite-of-passage.

As a tie-in, I would suggest taking your family out for a paddle on the river! See my post on Family River Ideas for more information. You may want to do this near the beginning of the book, so your children can more readily associate & identify themselves with the book.