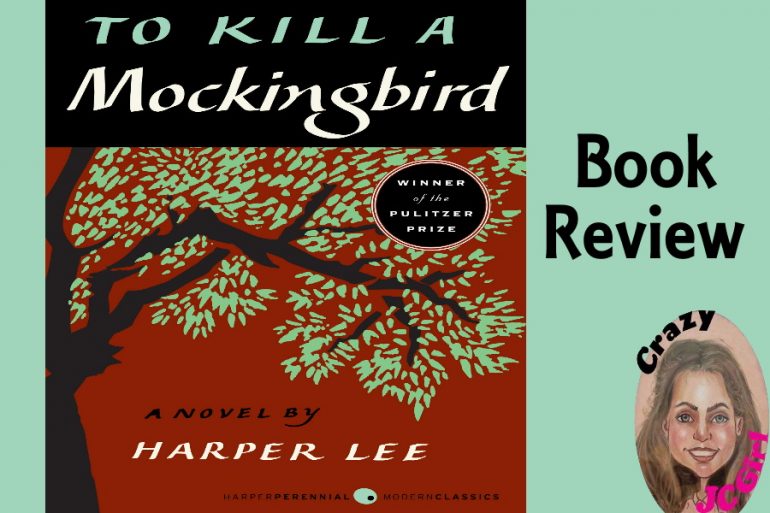 This past school year, I read To Kill a Mockingbird by Harper Lee, which I thought I was going to hate, but now I think this book deserves a review.

From the back cover: “One of the best-loved stories of all time, To Kill a Mockingbird, has been translated into more than forty languages, sold more than forty million copies worldwide, served as the basis for an enormously popular motion picture, and was voted one of the best novels of the twentieth century by librarians across the country. A griping, heart-wrenching, and wholly remarkable coming-of-age tale in a South poisoned by virulent prejudice, it views a world of great beauty and savage inequities through the eyes of a young girl, as her father – a crusading local lawyer – risks everything to defend a black man unjustly accused of a terrible crime.“

Although published in 1960, this book is set during the Great Depression in the fictional town of Macomb, Alabama, where 6-year-old Jean Louise “Scout” Finch and her older brother, Jeremy “Jem,” live with their widowed, middle-aged father, Atticus, who is a lawyer. They meet Dill, who visits his aunt in Maycomb every summer.

Arthur “Boo” Radley, the neighborhood recluse, leaves treasures in a nearby tree, which the kids find and start collecting. Later in the story, Scout, Jem, and Dill even develop a game to see if they can spot Boo through his house’s boarded-up windows.

As a lawyer, Atticus is faced with a case that involves an African-American man named Tom Robinson, who allegedly raped Mayella Ewell, a white woman. Maycomb, a town mostly full of white people, demands that Atticus not represent Tom. Against the will of the town, Atticus does represent Tom, and takes his job seriously, even to the point of sitting outside Tom’s jail cell when threatened by lynchers.

Jem and Scout encounter bullying when the town children criticize them since their father is helping Tom.

Mayella’s father, who is not quite the reputable character, attempts to murder Atticus. Unsuccessful in his attempts, he then assaults Jem and Scout, who are saved by a mysterious stranger. (I don’t want to give everything away!)

What is unique about this book, is that the town itself seems to play a character in the book. Pay attention to how the town is described and how it sets the mood as you are reading. Of course, all the characters have a purpose themselves. Kindof reminds me of The House of Seven Gables by Nathaniel Hawthorne.

I’d say this book is suited for 9th grade & up, but it really depends upon whether or not the reader can appreciate the book due to all the violence and death. There is cussing, as well as use of the racial n-word.

I read this book as a literature pick for Language Arts while studying American History in high school.

I used this book along with Wolf Hollow (by Lauren Wolk) to write a compare/contrast paper for Language Arts.

FYI: The 1962 movie starring Gregory Peck is considered a classic and worth a view. However, they are numerous differences; especially since the novel is slimmed down into a more simplified story for the time allotted. This could also be a good choice for a compare/contrast writing assignment as well.