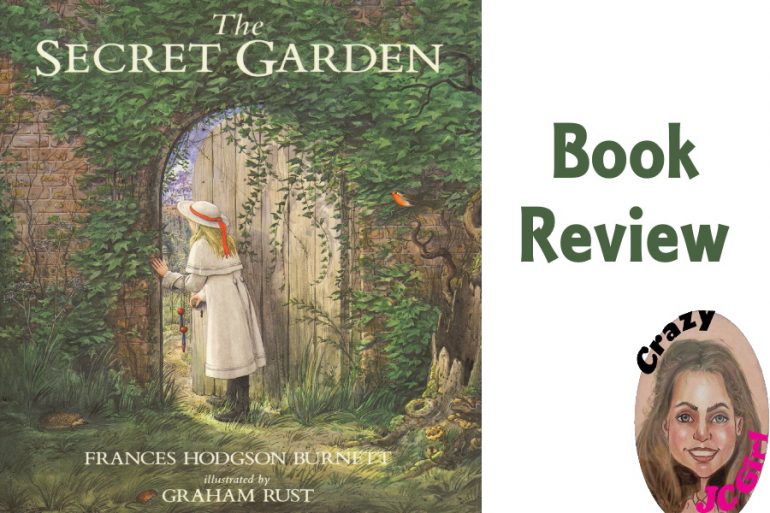 One of the books I’ve finished over the past couple of weeks is The Secret Garden by Frances Hodgson Burnett. Suitable for 4th graders and up, this book is set in England in the early 1900s.

Mary Lennox, a neglected 10-year-old girl, has just lost her parents. With no one left to care for her, Mary is sent to Misselthwaite Manor, her Uncle Craven’s mansion in England.

At the beginning of the book, Mary is depicted as a bratty child who disrespects her Ayah, an Indian caregiver hired by her parents during her early childhood. Arriving at the manor, she sets herself emotionally distant from Martha, a maid who looks in on Mary. Martha tells Mary about Master Craven’s late wife and of a “secret garden” the Cravens dearly loved. Then, as Mary grows fond of Martha, as well as the mansion, Mary discovers a crying noise, which turns out to be her sickly, cousin Colin.

Colin, who has been sheltered most of his life, has persuaded himself that, like the rumors about his father, he is slowly becoming a hunchback. Colin would have screaming fits, forcefully crying himself into hysteria and weakness.

Mary eventually discovers the secret garden along with an elderly gardener named Ben Weatherstaff, a favorite of Mrs. Craven’s.

“It was the sweetest, most mysterious-looking place any one could imagine. The high walls which shut it in were covered with the leafless stems of roses which were so thick, that they matted together…. “No wonder it is still,” Mary whispered. “I am the first person who has spoken in here for ten years.” – From the back cover

“Is everything within the garden dead, or can Mary make it grow again?” – From the back cover

The story continues, but I won’t spoil it for you. You’ll have to read this book to find out.

I enjoyed this book, if for no other reason, than to see lives completely changed for the good. I believe the moral of the story is to never judge a book by its’ cover.