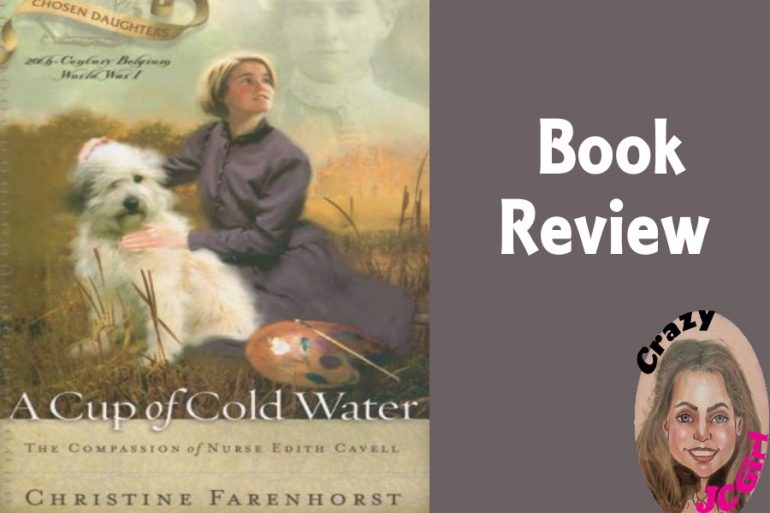 Set in England & Belgium, before World War I starts, A Cup of Cold Water: The Compassion of Nurse Edith Cavell by Christine Farenhorst is about Edith Cavell, a 35-year-old nurse who takes care of soldiers during World War I.

As a girl, Edith had always felt called to care for the sick. Once she officially completed her training and became a nurse, she was given a room full of patients, all of which had incurable ailments. Rising through the ranks, Edith eventually becomes the director of a nursing school located in Belgium.

As World War I begins, Edith does not discriminate between patients — she takes both Belgian, English, and Scottish, as well as German patients. Her hospital, however, is suspected by the Germans as a place providing help for the enemy.

“The secret password is yorc,” the princess whispered. Edith longed for her girlhood in England, when her secrets had been kept safe by her dog Reddie. But now in God’s timing, Edith is director of a nursing school in Belgium. Caught in the turmoil of World War I, Edith finds herself surrounded by enemy spies. As a nurse protected by the Red Cross, will Edith turn her back on the allied soldiers who desperately need her help?” – From the back cover

Edith Cavell was posthumously honored with The Cross of the Order of Leopold awarded by King Albert of Belgium. France, also gave her the Chevalier of the Legion of Honor. Edith, a remarkable Christian woman, is considered a heroine who gave her life in order to serve others.

I would recommend this book for 5th grade and up.