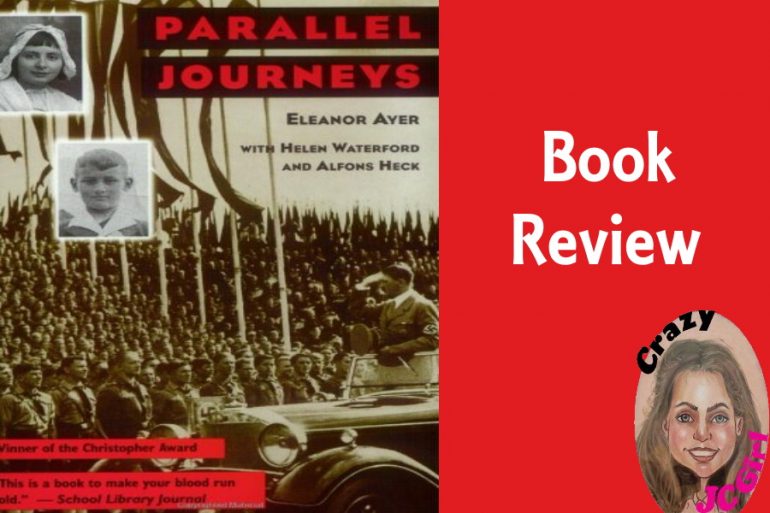 I have never learned so much about Nazism and its effects until I read this one book. Parallel Journeys by Eleanor H. Ayer gives an unnerving description of World War II from two points of views: Helen Waterford, a fervent Jew; and Alfons Heck, a brainwashed Hitler Youth, who is oblivious to the true intentions of concentration camps.

“She was a young German Jew. He was an ardent member of the Hitler Youth. This is the story of their parallel journey through World War II.”

“Helen Waterford and Alfons Heck were born just a few miles from each other in the German Rhineland. But their lives took radically different courses: Helen’s to the Auschwitz extermination camp; Alfons to a high rank in the Hitler Youth.”

“While Helen was hiding in Amsterdam, Alfons was a fanatic believer in Hitler’s “master race.” While she was crammed in a cattle car bound for the death camp Auschwitz, he was a teenage commander of frontline troops, ready to fight and die for the glory of Hitler and the Fatherland. This book tells both of their stores, side-by-side, in an overwhelming account of the nightmare that was WWII. The riveting stories of these two remarkable people must stand as a powerful lesson to us all.” – From the back cover

Helen Waterford, a Jew, is a newlywed and young mother, who had to give up her child and her husband for their own protection. She then heads to Amsterdam.

Meanwhile, Alfons Heck is the lone Nazi in a household full of Jew-supporters. He truly believes that Hitler is trying to improve Germany with guns and bombs, while millions of innocent people are being gassed.

Spoiler Alert: Both Helen and Alfons survive the war and must deal with its aftermath. Integrating back into “real life” is full of struggles for both people.

Years later, both Helen and Alfons are sharing their war experiences. While Alfons is incredibly embarrassed for his participation, Helen is not ashamed at all. In fact, she believes that it’s important to make amends with those who’ve caused pain.

I love this book. I would recommend this book for 11-years and older. It’s very, uh, descriptive?!