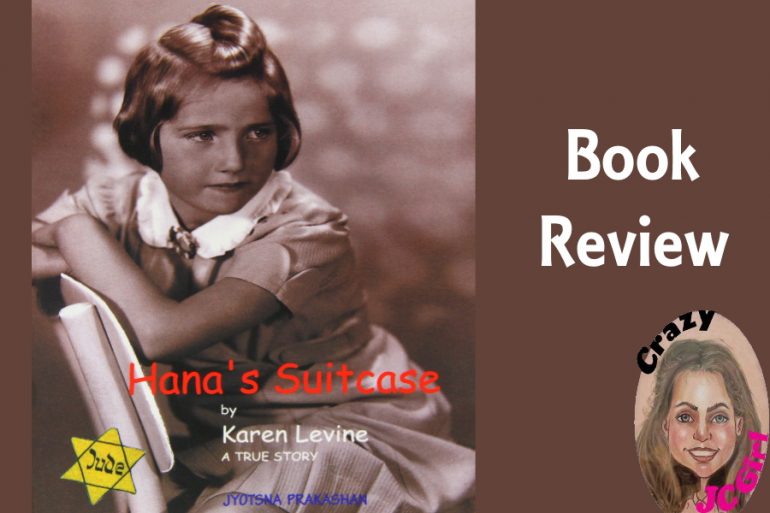 The book Hana’s Suitcase: A True Story by Karen Levine, is one of the best books I’ve read this year. Set in Czechoslovakia during World War II, this book follows the mystery of a suitcase recovered from the Holocaust.

“In March 2000, a suitcase arrived at a children’s Holocaust education center in Tokyo, Japan. On the outside, in white paint, were these words: Hana Brady, May 16, 1931, and Waisenkind – the German word for orphan.”

“Children who saw the suitcase on display were full of questions. Who was Hana Brady? What happened to her? They wanted Fumiko Ishioka, the center’s curator, to find the answers.”

“In a suspenseful journey, Fumiko searches for clues across Europe and North America. The mystery of the suitcase takes her back through seventy years, to a young Hana and her family, whose happy life in a small Czech town was turned upside down by the invasion of the Nazis.” – From the back cover

Laws discriminating against Jews began to leave hidden scars on the people of Czechoslovakia. Nearly 10-year-old Hana and her 12-year-old brother, George, were no longer allowed to go to school or see their friends.

Several of their belongings were taken away from them, including their radio. For entertainment, they imagined their circumstances were not real, and that they would have successful futures and live long, full lives. Little did they know what was about to happen. Two children, then, take entirely different paths in their lives.

My 2006 copy of this Scholastic book included several black-and-white photographs of Hana and her family, as well as Fumiko and several Japanese children associated with the Holocaust Education Center.

This book is so awesome. I think those who read it will definitely feel privileged for what they do have, including their freedom. I’d recommend for those age 11 and up.