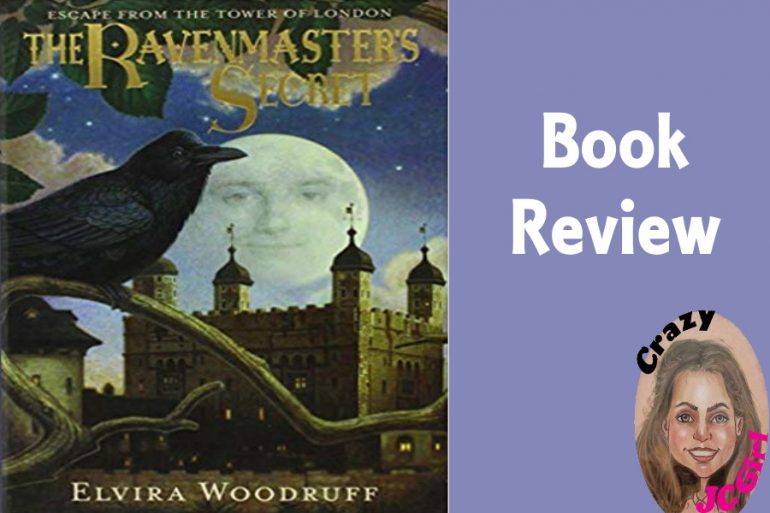 Out of the many books I was reading the past few months, The Ravenmaster’s Secret: Escape from the Tower of London by Elvira Woodruff has to be one of the best I’ve read. This book is very descriptive, especially in the climactic parts.

Set in 1735, London, 11-year-old Forrest, son of the royal ravenmaster, befriends Maddy, a young Scottish girl. Maddy along with her Jacobite father and uncle are all imprisoned/soon-to-be executed for rebelling against George II, the current King of England. These prisoners were Scottish Rebels, followers of James Stuart who claimed to be the rightful King of England.

Later, Forrest tries talking Maddy into escaping. You’ll have to read the book to find out if she makes it out of the famous Tower of London.

“Eleven-year-old Forrest Harper lives with his family at the Tower of London, where he helps his father tend the ravens and guard the prisoners. When vicious Scottish Rebels are captured, Forrest can’t wait to stand guard – this is his chance to prove his courage and loyalty. But the Harpers’ prisoner turns out to be Maddy, a Scottish Rebel’s daughter. Even though it’s the last thing Forrest wants to happen, he and Maddy become friends. When she is slated for execution, Forrest is faced with a horrifying choice. He can allow his innocent friend to be killed…or commit treason by helping her escape.” – From the back cover.

I would recommend this book for 10-years-old and up. This was a page-turner and fun to read. This book is a good reminder to always use your imagination.