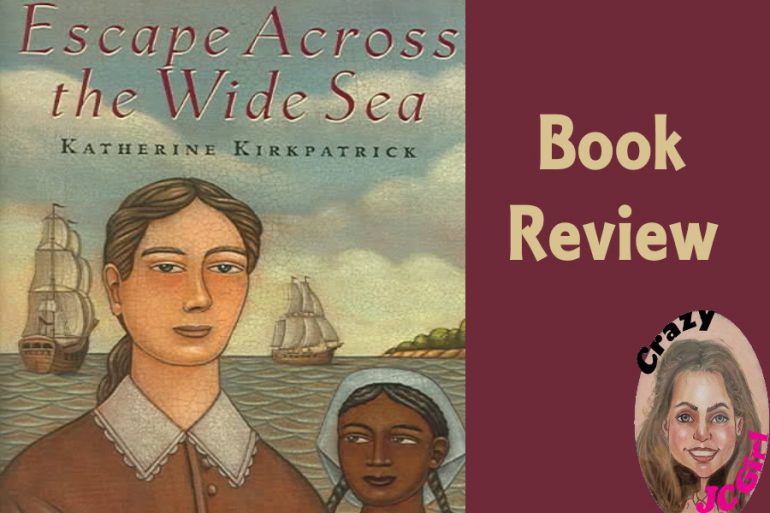 Escape Across the Wide Sea, a book by Katherine Kirkpatrick, is set in France, during the reign of King Louis XIV.

In 1686, 9-year-old Daniel Bonnet is apprenticing to be a weaver, just like his father. As Huguenots, French Protestants who refuse to convert to the monarchy’s beliefs, they are forced to flee their home, as well as their family business.

While in a wagon, pretending to be travelers, Daniel is amputated by a suspecting king’s guard. As a result, the Bonnets can’t properly take care of Daniel’s severed leg, and for the rest of the book, he has health problems because of his infected leg.

On the way, the Bonnets find a ship to stowaway in. The only problem is, the ship is a slave ship. Daniel is disgusted by how they are poorly treated. He befriends a young slave girl, named Seynabou, who is from Senegambia.

“Then one day, when I was up on deck with Gabriel, the gates of the fort opened and a hundred Africans were brought to the ship. They wore iron collars and were chained together at their wrists. Their chains dragged and made clanking sounds as they moved. The sailors forced the Senegambians to the center of the deck with whips, while the one-eyed first mate stood in the middle of the ship directing the action. My whole body stiffened as the prisoners walked past me. What terrible things had these people done in order to be chained this way? I couldn’t watch anymore. Where was Papa? Papa should never have brought us on this ship. I had to find him at once.” – From the back cover.

I enjoyed this book and think it is suitable for 5th graders. Escape Across the Wide Sea is a beautiful reminder of how we are all God’s children, and as such, we should treat each other decently. The moral of this story is to do unto others as you’d have them do unto you.