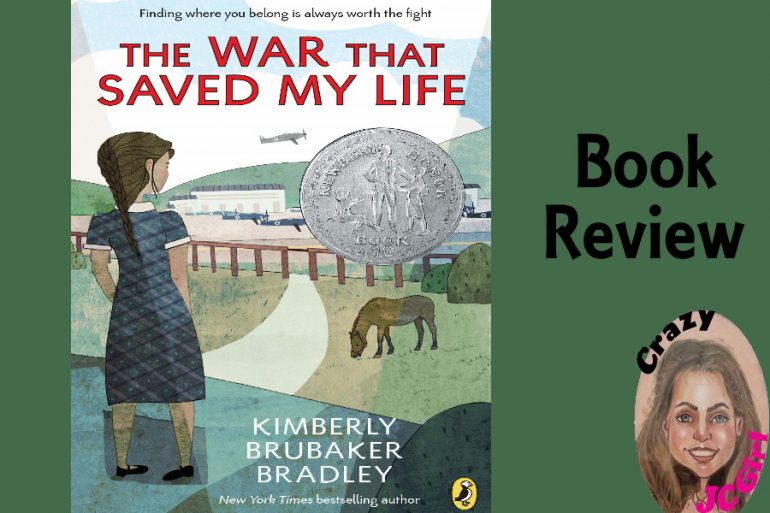 Whether it be clubfoot, a brain syndrome, or a mental disability, you can bet that 1 in 4 Americans have some sort of disability. And while some people don’t let disability stop them, some don’t have the resources to help themselves.

In The War That Saved My Life by Kimberly Brubaker Bradley, 10-year-old Ada has a clubfoot, and has been hidden away from the rest of the world. Her mother, who demands to be called “Mam,” claims pitifully that in these trying times – they’re in the middle of World War Two – that Ada’s foot is the least of England’s worries.

Yes, I can understand that Mam does not have the money, and that the times are difficult, but the book clearly states that the clubfoot is a birth defect. What is also revealed is at that time, doctors already knew how to treat clubfeet with early treatment from birth. So why didn’t Ada ever see a doctor? What’s the deal with Mam?

From the back cover: “Only after she escaped from fear did she really find her strength…“

“Ada is ten years old and has never left her one-room apartment. Her cruel mother is too humiliated by Ada’s twisted foot to let her outside. So when her little brother, Jamie, is shipped out of London to escape the war, Ada sneaks out to join him.“

“Ada and Jamie is forced upon Susan Smith, a woman used to having only herself to care for. At Susan’s home, Ada teaches herself to ride a pony, learns to read, and watches for German spies. She even begins to trust Susan–and Susan begins to love Ada and Jamie. But in the end, will their bond be enough to hold them together through wartime? Or will Ada and her brother fall back into the hands of their mother?“

Although I’d say I’m glad of the book’s somewhat happy ending, I can’t really say that I am pleased with the conclusion of Mam’s involvement in the story. This book was obviously written with a sequel in mind.

I’d recommend this as a reader for 12-years-old and up, since there is so much gruesomeness – the physical, verbal, & emotional abuse. It definitely made me uncomfortable at times.

Therefore, this book would make a great Read Aloud (possibly with a tad bit younger age – 4th grade & up?) so that parents can talk with their kids periodically and let them know that what’s happening in the book is “not OK.” You should probably pre-read this book if you plan on using it as a Read Aloud.