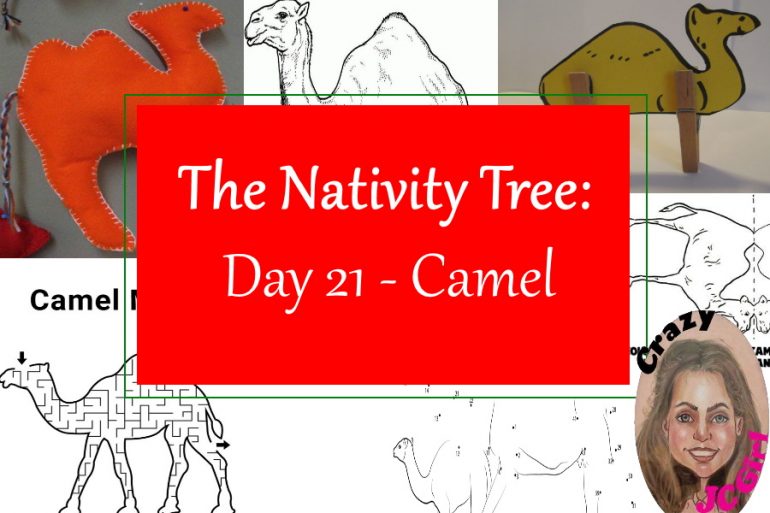 Herod the Great was sitting in his royal palace one day when a traveling caravan of Magi entered Jerusalem. This was no ordinary group of travelers which passed through on a daily basis, but Magi, the noble wise men from lands east of Judea, outside the Roman Empire. We stated yesterday the Magi were probably traveling on camels (or Arabian horses, donkeys, maybe even elephants!)

King Herod was not all-powerful. In fact, he himself had to answer to Augustus Caesar, the Roman Emperor. Herod was made king of Israel in 40 B.C. by the Roman senate, but it wasn’t until 37 B.C. that he takes control. Before this, the Hasmonean Dynasty, supported by the Parthian Empire, has ruled Israel. Herod continued to rule as a Roman client king until his death in 4 B.C. The kingdom was then split among 3 of his sons: Herod Antipas, Archelaus, & Herod Philip.

Herod was great at politics. Not only did he keep in the good graces with Rome, but he also continued diplomacy with the ruler of the neighboring Parthian Empire to the east of his kingdom. That is until his allegiance was questioned.

It is only natural that the Magi would have visited King Herod to see the newborn king of the Jews? Wouldn’t you? Who better to know about the newborn prince than the current king? But Herod is suspicious of these Magi. What is their “real” purpose here? Are they spys? Is the Parthian emperor plotting something?

Needless to say Herod was surprised. He asks his own “wise men” – the chief priests & Jewish teachers. Pop Quiz. Yep, the scriptures say the prophet, the leader of Israel, will be born in Bethlehem. Herod is thinking why in the world is this the first time I’m hearing about this? I gotta hear about this from people outside my own kingdom!?

Here’s the problem. Modern psychologists have diagnosed Herod as being a paranoid schizophrenic or as having a Paranoid Personality Disorder. A deadly combination for a king who thinks everyone is plotting to kill him (whether they are or not) or trying to take his throne. Herod simply eliminates anyone who he considers a threat, including family. He had his brother-in-law, mother-in-law, one of his favorite wives, and three of his own sons killed. Countless others, including Pharisees and even 300 of his own military leaders, are murdered at Herod’s behest .

In verse 3, we learn that Herod was troubled / disturbed / upset. Knowing Herod’s reputation, it would have been easy for the Magi not to have continued the 6 mile journey down to Bethlehem. They may have worried for their own safety, but also that of the newborn prince. The Magi probably didn’t trust Herod either.

The Magi were probably surprised themselves that Herod, nor the priests, already knew about this child. All the signs have been there, including the prophecies. To them it was obvious that a miraculous event had occurred. Why wouldn’t even the Jewish priests search out this child? It’s only a 2 hour trip to Bethlehem on foot.

When the promised King of the Jews becomes a known threat to Herod, he then declared that all male children two years age or under be put to death (see Matthew 2:16-18).

Looking at verse 12, we learn that the Magi are warned in a dream not to return to Herod. The Magi obey and use another route to return home. God directed & protected the Magi.

Notice the Magi actually searched for the Messiah, found him, and worshipped him. God allows anyone who earnestly searches for Him, to find Him.

“God did this so that men would seek him and perhaps reach out for him and find him, though he is not far from each one of us.” ~ Acts 17:27, NIV