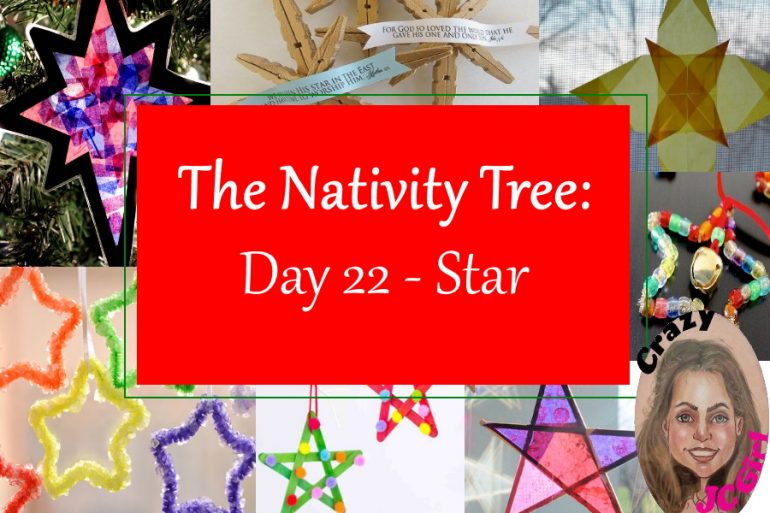 Today’s topic presents Lots-o-Questions: What was this star? How did the wise men even know to follow it? When did this star appear? etc. Hopefully you have seen my previous posts before delving into this one:

Continuing with our theme today, we’re running into more unknowns. We don’t know ALL the details, but we know enough. Let’s first consider:

God tells us what we NEED to know. We may WANT to know more. Man is CURIOUS, as God intended. Humans have the ability to reason, use our brains, & understand the world around us. We also have the ability to choose God, to believe His Word, and obey Him – or Not! (That’s called Free Will!)

Honestly there must of have been solar & lunar eclipses in the past; as well as comets, novas, supernovas, & meter showers. So what happened in the night sky to get the Magi’s attention? What made them put their feet into the path & follow it?

I wasn’t there, I don’t know. Apparently, all the major astronomy records of the ancients don’t really mention anything too spectacular either.

There are theories upon theories. Although I have (well me & mom my mom & I) have found one modern-day theory that seems somewhat plausible at this point in time. (Yeah – we know the sun’s the center of the universe solar system & not me the earth.) It’s pretty lengthy & detailed, but so far it seems like a really well thought-out, logical theory: Pinpointing the Date of Christ’s Birth by Rick Lanser ~ BibleArchaeology.org

We already know from my previous post on the Magi, that some of their specialties in the sciences were astronomy (study of the stars/heavens) & astrology (signs/horoscopes). We also know they were already familiar with prophecies of the Old Testament, including those of Daniel (see Daniel 9:20-27). With this in mind, the Magi would have included these on their charts. They would have done the math & would have been checking for any anomalies in the night sky that might occur during that time period.

Apparently the planet Jupiter was the “King’s Planet.” Whenever Jupiter was hidden, it was a “sign” of the birth of a king – somewhere. Well, many have talked about occultations (where something is hidden) or conjunctions (where two things come together/line up in the night sky) involving Jupiter around the time of Herod’s death. Some involve the moon & Jupiter, some Jupiter & Saturn, etc. Regardless, where in the night sky would have made a big difference to these ancient astronomers. They would then determine in which of the 12 zodiac constellations this event occurred. The Magi believed that each constellation represented a certain area or nation of the world. During this time frame, Jupiter occultations & conjunctions have been noted to occur in the constellations of Leo, Venus, Pisces, and Aries.

In his paper, Lanser references a theory where a lunar occultation with Jupiter occurs on March 20, 6 B.C. in the Aries constellation 1 minute after sunset. (You can use the link above to see a picture near the bottom of the page of what this may have appeared like on the horizon at sunset.) Apparently, this occulation would have lasted for a total of 30 minutes until disappearing from the night sky. The Aries constellation represented the land of Judea or Herod’s kingdom.

Using their math skills, the known location & rotations of the night, it would have been easy for the Magi to have prior knowledge of the coming of a king in Judea. Along with the prophecies of the Old Testament, the Magi would have also known to come bearing gifts to the newborn king. (see Psalm 72 especially verses 10-11; Isaiah 60:1-7; Numbers 24:17) Notice Lanser believes he has pinpointed Jesus’ birth to March 20, 6 B.C. which logically works with Herod’s order to kill all children under the age of two. It lines up with Jewish festivals, seasons, & weather; with Zechariah’s, Elizabeth’s, & John the Baptists timing; as well as the difference between the Julian, Gregorian, and Jewish calendars. He has done some remarkable research.

By the way, a second occultation occurs with Jupiter on April 17, 6 B.C. after the moon has passed around the earth. However, this one occurs in the morning and not at sunset. Just an FYI for anyone wanting to research further.

Another Theory: The Star of Bethlehem was Divine

We must not rule out other theories. As wonderful as the above astronomical theory is, we must question why no one else noticed these astronomical anomalies. In fact, when the Magi reached Herod’s palace, no one seemed to have noticed or even remembered any unusual stars. I would think someone would have complained that the neighbor’s house is constantly being lit-up like it was part of the Tacky Christmas Light Tour. Don’t you? Wouldn’t someone have noticed the spot-light over Bethlehem, much less one particular house!

That brings me back to the shepherds who were watching their flock in the fields back in Luke 2. How come no one else heard the heavens open up with thousands of angels praising God? Even if the shepherds were in the hills, my experience is that sound travels. Especially in wide open spaces. Those angels would have been heard down in Bethlehem… maybe not as loudly, but something. People would have heard – it’s not like they had their televisions & radios blaring – or even headphones on – and they would have talked. God made sure that the shepherds were the first to learn of Jesus’ birth and to praise him. Maybe only the shepherds were meant to hear or see these angels.

We need to also remember that God has made His glorious presence known before. For instance, let’s look at how the Hebrews were led by God out of Egypt & then through the desert. What did they follow?

If the Lord Himself will personally guide His chosen people out of Egypt, why not personally illuminate the birth of Jesus? Or, have one (or many) of his angels illuminate the night sky? It explains a lot since this star (or light) is leading them SOUTH from Jerusalem until it becomes stationary in the sky (see verse 9).

Is it possible that maybe God also made sure that the Magi saw a heavenly un-explainable star or glorious light? Of Course! And who better than those astrological sky readers, those Gentiles (non-Jewish people) from a foreign land outside of Judea. These Magi represent the “rest of the world.” That Christ came for everyone – not just the Jews, not just the nation of Israel, but for the entire human race.