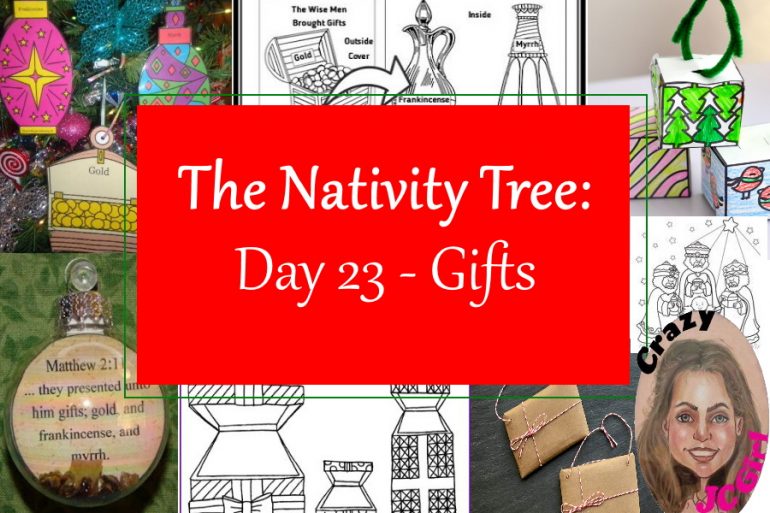 What is the best gift you can think of to give someone?

Well, it really depends upon the person. You want to make it personable. You want to give something they will enjoy, but also something they can use (& possibly think of you when they use it). Would it need to be expensive? We usually think the more expensive the gift, the better. Although we know that’s not always the case.

My mom was telling me what her parents gave my Dad on their first Christmas after they were married. They were the ultimate gifts they could think of, things that he could use, and they thought were priceless.

My grandfather gave my father a Sears Craftsman Toolbox, a big red tool chest with a couple of drawers underneath. The kind that stays put & you don’t tote around the house. It’s what every good husband (& homeowner) needs as they are setting up house.

My grandmother, who was nicknamed “The Church Lady” after the SNL character of the same name, gave my father a leather-bound Bible with his name imprinted on the cover. It’s what every person needs in order to come to Jesus & know God’s Word.

My mother saw the significance of their gifts & noticed how much forethought went into them. My Dad thanked them both, dropped the Bible into his tool-chest, and headed for the door. He still has & uses the tool chest, my Mom uses his Bible more than he does.

Now, let’s consider the Wise Men. We’ve talked about how they already knew the prophecies of the Old Testament and knew a king had been born. Do you think it was their tradition to go & worship all the neighboring kingdom’s baby princes? I don’t think so. Why would a noble person or Magi from another kingdom go worship any other child than the one prophesied? They wouldn’t. Yet, that is exactly what these Magi did – they worshiped Christ the newborn king.

As you would expect the Magi would put a lot of forethought into a gift…especially since they were wise. (Had to!) 🙂 What would this newborn king like? What could he use? What gift is personable enough?

The Magi are known to have presented their gifts of gold, frankincense, & myrrh to the newborn king, AFTER worshiping him. (Verse 11) We recognize that the gifts are personalized and very symbolic; as well as useful.

Notice the Magi did not exchange gifts themselves. They presented only Jesus with gifts. I’m sure Mary & Joseph held onto these gifts and used them as needed, since they were very valuable. In fact, it is safe to say when Mary went to the temple 40 days after Jesus was born, the Magi had not visited Jesus. I say this because Mary did not have enough money for the customary offering of a lamb & pigeon, so she purchased 2 pigeons – the offering of the poor (see Luke 2:22-24). Notice, however, that Jesus had received the gifts before escaping down to Egypt (see Matthew 2:13-18). See how God thinks of everything!

In fact, God planned for our salvation before the world even began. You can even see in Genesis 3:15 how God already had the plan in place – the virgin birth – HER offspring – and how Christ will defeat Satan. God indeed thinks of everything! God supplied the Ultimate Gift to the world – His Son, Jesus – to be our Savior.

~ Jesus is the Greatest Gift ever! ~